Following Microsoft’s example for its Xbox Game Studios, Sony has decided to create an entity that will consolidate its future exclusive licenses. Thus, the Japanese manufacturer has just unveiled the existence of PlayStation Studios.

God of War, Horizon, Uncharted, Ratchet & Clank and others LittleBigPlanet or The Last of Us has just found a new common home.

The PlayStation Studios will gather the exclusives for the PS5.

This new logo, as well as the small introduction available at the top of this article, will be displayed for each game developed under the command of Sony.

A Sober but Easily Identifiable Logo

Eric Lampel, Vice President of Marketing at Sony Interactive Entertainment, says the name will appear on game boxes and during promotional campaigns.

The animation will even change depending on the news and the trailers in which it will appear.

This entity will take up its duties when the PS5 is launched. The next releases like The Last of Us Part II, Ghost of Tsushima or Horizon Zero Dawn on PC are not concerned.

Finally, Lampel also specified that games exclusive to the PS5 but developed by studios outside Sony will also receive the PlayStation Studios seal. 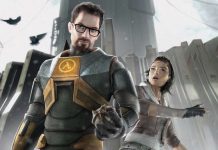 Silent Hill: an opus exclusive for the PS5 would be well...